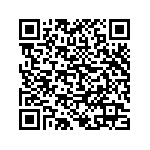 The zombie outbreak is out of control! Armies of mindless zombies are taking over the world! You are a special forces groups agent and your mission is to fight against zombies.You need to kill all evil zombies in this assassination survive and experience battle survival. Choose from an insane arsenal of combat weapons and battle against the walking dead in terrifying environments around the globe.Load your weapons and fight back against the undead hordes of brain-hungry zombies.These repulsive monsters crave the sweet taste of human brains but you'll only feed them hot bullets!Features- Realistic 3D graphics and cool animations- Scary zombie models- Easy play and Smooth control- Weapons: guns, pistols, snipers, automatic rifles, shotguns, grenades!- Perfect optimization even for weak devices!The apocalypse is here, so take part in this heart-stopping game and become a professional zombie commando fighting the undead! Good Luck(-_･)
Zombie Survival 3D APK Version History