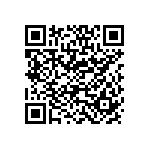 The description of Horror Clicker 2: Zombie Food Clicker A cool clicker, in which even a fly swatter and a mixer will serve you as a worthy weapon!Food turned into mutants of zombies, increased in size and became titans and wants to take revenge on people for everything!We want to congratulate you! You just happened to be in the epicenter of this epidemic :)You play as a cook, who, with all his might and any objects falling under his arm, tries to fight off the zombie monsters!Now your favorite yummy has become for you an enemy and you will face it face to face!If you are a fan of clickers, then our clicker will really appeal to you! Rather, download it for free!Defend yourself from the heroes of our clicker: burger, cookies, sausages, pizza, eggs, ice cream, jelly bear sweets and other products that are in our favorite cafes and restaurants!Get gold coins to buy upgrades and PowerUp!Improve melee weapons and throwing weapons, buy and call for help pets, pump the force of impact and shake your enemies with a mixer!Now you have to click on the cookie not to bake more cookies, but to kill her, because she has risen from the garbage can and wants to kill you!A favorite sausage jumped out of a bun and craves your blood!Click on the egg, which is completely rotten and one of its kind causes a desire to deal with it as soon as possible!Marmalade jelly Bear was angry with people, began to melt with anger and became quite a sticky gummy bear!Cut the watermelon until it spewed your anger and seeds on you!Click on the soda, otherwise it will poison you with its gasses!Jelly pudding, French fries, cake and donut are some of the strongest horror bosses of our game!Bread does not want to become a toast and revolted against the cook!Download our clicker and you will understand that you have not seen anything like it yet!Our favorite delicacies evolved, grew and do not want to share the planet with us! Protect the world from an army of titans zombie products!In war, all means are good! Beat zombie mutants cool things like rubber fish, frying pans, maracas and others!Throw in mutants various objects like a flower pot, weights and a bowling ball!If you accumulate coins, you can call to the aid of a funny pet (bat, red bird, mosquito, cat on plane, dragon)Press the horror bosses with a hydraulic press and squash them into a flat cake!Do not forget to rock the bittu, so that your blow to the monsters becomes stronger!Stickers with open heroes of our clicker you can always look in the gallery of heroes and share them with your friends!In general, do not get bored, bro!Join the fight against the titans zombie products!In this game there is a long time to tap on the screen, so this is the game for the strongest and hardiest!Become a super clicker! Tap-tap taps and click-click-clicks!Pump your fingers to the limit!Become the god of our Zombie clicker when you defeat all the heroes of the game!Be sure to write whoever you would like to add to the game! We read every message!The game has built-in purchases. If you want to support developers, then buy something and play will become more comfortable and more fun! A ninja professional in fruit-slicing mate cuts fruit and other enemies if you buy anything in the game!BIG THANK YOU for playing Zombie Food Clickers! Have fun!
ZOMBIE FOOD CLICKER APK Version History