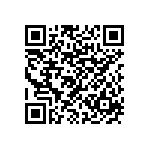 THE BEST ONLINE VIKING GAME!-------------------------------------------------------Grab Thor's Hammer and confront the giants, gods and monsters of the 9 worlds! With 100s of adventures and 1000s of achievements to collect, raiding and pillaging has never been more exciting!Wage war in real-time against +3 million other players in this online Viking multiplayer game.GAME FEATURES:● Hundreds of adventures across more than 30 locations in the 9 worlds of Norse Mythology!● Battle dozens of bosses, from mythical beasts to Norse Gods!● Level up, choose your skills and customize your Warrior!● Play with friends and form Clans! ● Fight and raid against MILLIONS of real players!● Collect 1000s of weapons and warriors● Grow and manage your Viking Empire!● Purchase property and grow your income with idle game play!● Rank on leaderboards across multiple categories!● Beautiful artwork!● New content weekly!Build an empire that will ring through time. Prove yourself worthy of Asgard in Viking Clan, dethrone and clash against the Gods themselves!More ways to play:▶ Play on Facebook: https://apps.facebook.com/vikingclan/▶ Play on Web: http://www.kanoplay.com/vikingclanSUPPORT:Support: http://support.kanoapps.com/Community Forum: http://forums.kanoapps.com/Note: this game can only be played while online.
Viking Clan APK Version History