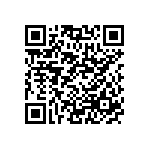 SWAT Shooter is a Very challenging FPS shooter.In the game you will incarnate the elite commando elite players, in order to fight the ferocious terrorists, you will fulfill the task of the Commando to you, your shooting missions, terrorists hidden in every corner of the world, you will penetrate one by one in You will be in the dry desert, in the terrorist control of the subway center and the cruise on the confrontation, you have to at all costs to complete the commando to give you the mission, I believe you As the most elite shooter in a deadly commando, you will break down the strong counterattack of the terrorists, which is to better prove your best shooting skills. I'm sure you will not let the organization down.The most deadly elite striker who will be an unprecedented war against terrorists, what are you waiting for, I am sure you are Is ready to pick up the weapons in your hands, targeting the terrorists chest, shooting it ~Features * High-quality shooting weapons and equipment* A variety of assault rifles and secret weapons for players to choose* High-quality 3D graphics, restore the most realistic scenes of the scene.* The most realistic fighting experience * The most powerful artificial intelligence AI* Three game modes, allowing you to start at any time rhythm of the hot shooting journey* Google global ranking list* All-round simulation of the most realistic scene mode of war* best first-person shooter control experience.* This is the best anti-terrorist shooting assault game you've ever playedFull of combat rhythm pleasure, hearty real shooting, restore a most realistic scene experience.
SWAT Shooter APK Version History