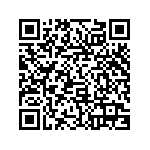 Greatest battles in Spider fighting and machine gun shooting history are in your hands! Modern warfare will definitely need a spider super hero, rope hero or a frog hero who could save the peace of a nation. The greedy Elder of the Universe known as The Collector has summoned you to a brawl of epic proportions against a line-up of villains including Thanos, Kang the Conqueror, and many more! Experience the ultimate free-to-play power spider shooting game right now.

Join the spider shooting battles . Call the best heroes and machine gun shooters, the guns are ready to action along with spider powers! Download now Spider Hero Machine Gun Simulator: Gun Games 2020 for free. Become the hero of army shooting games. Lead as a spider superhero of US Special Forces Commando to shoot in online and offline games. Spider hero fighting and machine gun simulation is the cool fun shooting and action game of 2020!
Open fire on the new enemies in this amazing third-person (TPS) spider shooter game. Take cover, counter battle strike enemies and win the spider war . You are a Special Ops Sniper superhero and you have to battle off the enemy. Be more than a Cog in the war machinery gears and tilt the battlefield to your favor with your machine gun shooting skills .
Your superhero journey starts now. Keep fighting until you defeat the mighty boss of the level and earn gold to upgrade your weapons, the best sniper and machine gun simulator among all sniper games. Your survival as a spider superhero is important, so your shooting skills and elite tactics will help you keep your gears going in this war.
We bring you the best spider hero machine guns simulation games and heavy authentic weapons simulation game. Weapons are totally free to fire a shot in spider fighting and shooting gun games. Encounter real shooting effects. Experience gun simulation of all new weapons from a pistol to shotgun in real sniper war camera 3D. Have fun with the realistic reloading, cambering and stoppages. You are right in the best GUN simulation games 2020. You can play it offline.
Spider Hero Machine Gun Simulator: Gun Games 2020 is the best gun simulation games with great fire powered weapons with a lot of spider fighting bullets, durability and efficiency of working firing games. All the weapons controls are just under your finger touch. You can have all the features of shooting games in a single FPS game. If you want more candid experience, don’t forget to leverage the power of built in accelerator and flash proficiency. Must try this real superheroes gun simulator games 2020 of powerfully guided weapons. Its totally Free!
Superheroes gun simulator APK Version History