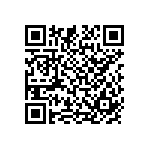 These amazing rope hero boy can end the city crime to fight with miami city gangsters.The true heroes are born in the to feel the power and strength of Revenge for crime gangsters. Once this spider hero boy was affected by these gangsters.now he has take the revenge from these gangster and make the beautifull city crime free. you have to be a true super hero of the Fighting of criminals, terrorists, gangsters and mafia. This is a Revenge game of spider hero to take from gangsters enemies. Being a champion super hero 2019 - you have special powers to fight. You have to beat all your true and real villains and criminals and Don’t let the underworld killers and assassins rule the streets like real rope hero man 2019.Super spider hero vegas city gangster 2019 features:* Fantastically exhilarating game play!* Multiple mission and gangster to fight with* Amazing 3D environment* perfect karate kicks can be played* Fun and easy control while you are playing. A few days ago some bad powers attacked your peaceful vegas city and take charge of the grand city.Being a protector of a survival city is not an easy task to handle. You need to fight with fearless courage and self-esteem and train your flashlight skills . It’s time for you to finish the the all monsters criminals by using your unlimited powers and become a true unbelievable spider superhero.Play as city defender hero and fight with dangerous super monster villains enemies in this thrilling Fighting Game in this action game.No Internet Connection requiredThis game don’t require any internet connection to play
Super Hero Boy 2019 APK Version History