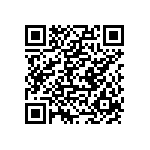 Shooting alien monsters, dodging meteoroids, escaping bullet barrage, upgrading spaceships and crafting drones, yes, everything you've ever wanted in space games are here in this magnificent RPG space shooter!If you are tired of other arcade shooters and bullet hell shooters that are too hard and complicated, you need to try SPACE SHOOTER: Alien Shooter. This is a casual space shooter suitable for everyone as it is designed to be simple, easy to play and hard to master. Despite being a fun & simple casual shooter, SPACE SHOOTER has a lot of depth and lots of content for you to explore and collect thanks to its deep RPG style upgrade system.In SPACE SHOOTER: Alien Shooter, you will build your spacecraft squadrons with multiple space ships to choose from, and hundreds of assault drones to collect and combine. You can strategically build your spacecraft squadrons with thousands of upgradable rockets and weapons.Race against other players to see who is the best star fighter commander in the endless war against outer space invadersFEATURES:- 9 space ships with unique sets of abilities: Hyper Hornet, Phantom Cicada, Solar Scorpion, Phantom Cicada, Space Miner, Drone Master, Strato Tanker and Interceptors Carrier- 48 unique assault drone models with different rarities: Common Drones, Rare Drones and Legendary Drones.- 9 Leagues with different outer space simulation missions to complete- PvP highscore chasing league to compete with other players around the world- Simple and easy to play, but can be excitingly hard if you choose to push your limits- Lots of space monsters and alien invaders to defeatSPACE SHOOTER: Alien Shooter is one of the best free space shooters you can play online and offline. Download now for free and start shooting!
SPACE APK Version History