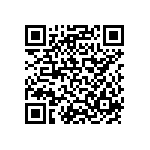 “Cannons that launch skaters forward, poles to grind on, and ramps that do loops… Roller Rally is a 2D side-scrolling racer with really good level design” 148 Apps“It's a roller-skate racing game featuring a stuffed rabbit wearing a rainbow scarf. Of course I played this.” KotakuRoller Rally - Snake Pass is a fun and well designed game that won't disappoint. Android CentralIt's always nice to see a little innovation and iOS pilgrim Roller Rally has that in spades. Android Police Use your wits, skill and speed to become the legend of Snake Pass, one of the most feared and deadly skating trails in the world! Steer your favourite Milky Tea character down a jagged and epic mountain ridge, twist and spin across dark and death-defying caverns and follow the trail as it descends at lightning speed into the sea, testing the skills of even the bravest skater. After completing the mountain pass, the adventure continues. Greater dangers lie in wait as the gang are transported to a land of ancient jungle temples and molten, Mayan mayhem! Race the volcano level at your peril!Featuring the talents of unique Milky Tea characters, Iko Disco, Olof Blackaxe, Gert Hammerback and Arnie Barnacle, the gang join forces from countries across the globe to take on the greatest skating challenge of their lives. Let the games begin!With 20 hand-crafted, platform-filled levels of mad-cap fun and four crazy characters at each player’s disposal, Roller Rally brings together playful and astounding artwork with seamless game-play. Land flips and jumps to take the lead with points and speed-boosts, defeat obstacles, and unlock time-trial mode to play against your top score ghost. Complete challenges to unlock all the characters and face your friends on the Swarm Connect Leaderboard. Features:Complete challenges to unlock 3 other playable characters.Do flips and perform stunts to earn points and speed boosts.Challenge your friends on Swarm Connect Leaderboards.Unlock Time Trial mode for each track and compete against your best ghost.Contact Milky Tea Play:Facebook: https://www.facebook.com/MilkyTeaPlay Twitter: https://twitter.com/MilkyTeaPlay URL: http://www.milkyteaplay.com
Roller Rally APK Version History