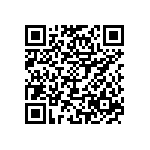 PUNCH KINGS is a new exciting game that pits you against formidable foes in the ring!Gameplay: - choose where to strike first- predict where the enemy will strike and successfully block their attacks- deliver crushing blows to your opponent- avoid and block against enemy attacks- fight and defeat your opponent in the ring- overcome 100 opponents and unlock a secret PUNCH!- become the king of the Ring!Inflict a series of crushing blows on the enemy to knock him out! In this fun and surprisingly relaxing game you can test your strengths and abilities. Choose where to deliver your powerful blows, hold your own and dodge your opponent's punches to win the match!Punch like a hammer! Watch your opponents fly out of the ring when you knock them out. How far can you go in this fun tournament? And can you reveal your superpower and defeat everyone?Game features - simple and fun mechanics- easy to learn gameplay- cool 3d animationsIf you ever get the urge to just smack someone, go slap-silly to let out some steam - then this game is for you! PUNCH Kings is a real game for real men!Download PUNCH KINGS now and prove that you are the strongest in the ring, and worthy of the title of true king!
Punch Kings APK Version History