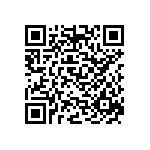 The warriors have assembled and await your instructions! Collect warriors, build your army, and set off on your adventure in the premier casual battle game! Explore a magical world and discover what challenges lie in store!Game Features:Thrilling Battles, Simple Controls:Experience heated battles against monstrous enemies. Unleashing powerful magic and summoning warriors is as simple as tapping the screen.Train your warriors the way you want:Each with their own abilities and attributes, no two warriors are the same. Mix and match them to create your perfect team. Then become the ultimate commander by strategically upgrading your units.Random Maps, Surprises around every Corner:You never know where the road will take you. Is a chest of treasure waiting for you, or a dragon’s lair?Thrilling PvP Battles – Anytime, Anyplace:Once you’ve built your army, it’s time to search for an opponent and find out who is the superior commander!
Magic Reign APK Version History