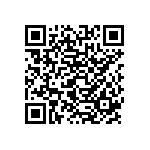 Fans of magic and Potter play this spell casting duel game!Fight and duel mighty witches, wizards and dragons in this free to play magic game. Cast powerful spells to seize controls of the magical battlefield. Wield and harness the power of amazing spells and duel for the glory of your house. Ready your wand because the wizarding world needs a magical HERO!Experience magical duels and clash with your enemies. Explore the dangers that lie in the academy. Download Magic Wand Duel today and fight for the honour of your house.Get sorted and fight for your sorted house. Duel and clash with your enemies and score points for your house. Answer a range of questions to see in which house you belong. Will your house become the strongest of all wizard houses?CAST DIFFERENT SPELLS! Flick your wand to cast fire, ice and poison spells or conjure a shield to help you protect from the dark magic of your enemies. Stun your enemies and fire a volley of spells to become the victorious wizard or witch!DUEL WITCHES, WIZARDS AND DRAGONS AND FIGHT FOR THE GLORY OF YOUR HOUSE. Master the different magic spells and unite your magical powers to defeat your enemies!STEP INTO THE BATTLEFIELD AND GAIN POWER TO PROGRESS YOUR PLAYER LEVEL. Earn experience points by defeating your enemies and unlock new chambers to fight your enemies!FIGHT FOR YOUR SORTED HOUSE. Answer simple question and magic will decide in which house you belong!EARN REWARD AND BUY NEW SPELLS. Earn orbs and learn spells in the school to master the arts of witchcraft and wizardy!BUY DIFFERENT WANDS. Buy new wands and unlock abilities to become an even more powerful wizard or witch!BUY MYSTERY CHESTS. Spend your orbs on mystery chest to gain even more orbs or lose some.GET DAILY REWARDS. Play every day to get a huge amount of orbs to buy new spells. Test your new wizard powers!PLAY FROM A RANGE OF DIFFERENT MODES. Do you want to fight you enemies in waves, clash with your enemies without allowing them to cross the border or fight to progress to the next level.EARN ACHIEVEMENTS. Play games and duel to complete quests, claim the magic tile achievementsto have a rpg kind of experience!DUEL IN MYSTERIOUS DUNGEON LEVELS. Explore different levels and duel enemies in mysterious dungeon levels, academy levels and use the environment to evade the witches wraths!DUEL IN THE DARK. Duel your rivals under the night sky, but do not go in the mysterious forest. Magic knows what lurks in their shadows!SIMPLE CONTROLS, SIMPLY FUN. Tilt your phone and swipe to cast magic spells, including damage spells, a shield spell and a stun spell. FEATURES:- Cast powerful spells and dominate your enemies- Battle and duel wizards, witches and dragons in different locations- Harness the power of your magic wand- Easy to control magical combat- Win rewards and buy new spells- Mystery chests- Collect different wands- Complete achievements- Daily rewards- Different modes- Progress your player level to unlock new levels- Set amazing highscores!Are you a fan of Potter than play this magical game!PLAY THIS FREE OFFLINE WIZARD WAND DUEL GAME.Will your house become the most powerful and mightiest wizard or witch of all the houses. Download and duel now!
Magic Duel APK Version History