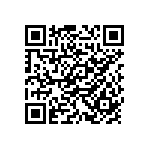 Linux Commands. A Shell / Terminal accepts Linux commands and the OS Process it. All the linux commands here are explained, examples are provided with output. Here are linux commands with examples explained. App called Linux Commands for Android Device.Linux is an open-source operating system. A shell is a program that receives commands from the user and gives it to the OS to process, and it shows the output. Linux's shell is its main part. Its distros come in GUI (graphical user interface), but basically, Linux has a CLI (command line interface). Linux allow users to interact with OS through Commands which is one of the condition Linux is powerful.Linux Command is a simple app. This app guide you from no knowledge on linux commands. Here you learn how to use commands. You will learn to explore about commands and learn them yourself. Here you will grab your fishing pole learn how to fish.You will start from Get started section where you learn about this app, Linux, Linux distribution, and shell.On Basic section you will learn basic commands, those linux commands you will be using every day and every moment your are in front of linux.On Intermediate level you will learn the structure of the commands, many concepts about linux which will be required during commands. Pathname, links, I/O redirection, Wildcard and more.
Linux Commands APK Version History