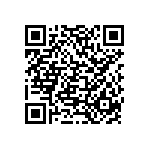 Take command of powerful forces and restore the Empire to its former glory! Capture resources to strengthen your armies! Build an invulnerable castle! Summon mighty Heroes to your banner and lead the Empire to control all of Dominus!
An evil Blight crawls across Dominus, corrupting the land and spawning Shrouded monstrosities. The King is missing, the military is in disarray. Someone must step forward to unify the factions, rebuild the Empire, and command its armies to victory!

RESTORE GLORY TO YOUR KINGDOM
Dominus needs a new ruler to champion the spirit of the people and restore that which was lost.
- Battle against the Shrouded to take back control of your strongholds.
- Enrich your Kingdom by capturing gold and precious resources.
- Craft armor, weapons, and fortifications for more powerful Heroes.

COMMAND AN ARMY OF UNIQUE HEROES
Heroes act under your command to capture resources, forge weapons, and research new skills.
- Summon Heroes of all races: Minotaurs, Elves, Goblins, and many more.
- Train your Heroes to unleash their awesome potential.
- Deploy Heroes on epic quests for world domination.

FORGE ALLIANCES
Secure alliances with other rulers to defend each other from enemies.
- Assist allies with forces and resources to defend their realms.
- Wage epic wars together and defeat enemies to seize more territory.
- Gain access to even more powerful weapons and defenses.
Kingdoms APK Version History