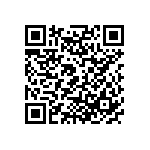 Hey Guys !!!
Your mission is:
Stay as long as possible without falling. The problem is, you are not alone: ​​you are many in the running! there are zombies among you To become a champion, you must be the last to survive in an arena of hexagons that is constantly destroying itself under your feet. Stay as long as possible and do not fall !!!
The rules have never been easier: run, jump on the hexagon platforms don't fall, dodge scary red eyed zombie impostors and bloodstain. He who falls has lost. The last survivor is the winner !
In Zombie mod, after the game starts, one Imposter in the lobby is chosen who transforms into a zombie. The zombie has less vision and movement speed but can infect other Imposters by just walking over them. As soon as the zombie infects a crewmate, they also transform into a zombi.
The game ends when crewmates complete their tasks or all the crewmates in the game are infected or all scary zombis fall down.
Becarefull !!! there are zombies among us you have to finish your tasks and running away from the crewmate zombies and don't fall to survive and to win the game.
The Crewmates Zombie making a enemy infected at the start of each game. , the player transforms into a zombie and must infect the rest of the players to win. Zombie have reduced vision and speed, allowing Impostor to escape. Crew members can also win the game by completing all of their tasks in hexagon arena.
Players have attempted to hide from the crewmates zombie while they performed their tasks, but it is nearly impossible to escape multiple zombies.
every time a zombie hits a teammate, they also become a zombie. The goal of the crew members is to complete their tasks and win before each of them becomes a zombie. Zombies are usually green with red bloodstains, and crew members wear red uniforms. Additionally, zombies also have lower vision and slower speed than crew members.
Strategies:
Imposter Zombie can be quite difficult to kill when coming in larger numbers, as they have quite a bit of health. It is best to have attacking them and to freeze or slow them down from moving whenever possible
How to sabotage?
Only impostors can use sabotage. Nothing could be simpler, you have to press the sabotage icon to see the spaceship plans . On each part likely to be sabotaged, there is an icon related to one of the systems. Simply press it to perform the sabotage. It is important to note that the alarm will sound directly after performing a critical sabotage.
Inspired by the popular Zmobies Invasion, Imposter solo, Kill is more of a puzzle game than an action, strategy or adventure where you have to destroy the entire infected crew of the spaceship. The environment is developed to offer a 3D view. Solve the different puzzles to complete the crew. In each level you have to liquidate and kill the astronauts and other infected crew members, but without getting hit or infected. For this you have to sabotage objects in order to escape and stay alive.
Run and Win hhhh
Impostor Zombie Fall APK Version History