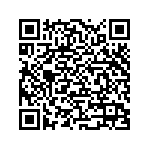 Welcome to Extreme GT Racing Car Stunts game to enjoying impossible tracks 3D and hot car stunts game. Fly your stunt car on impossible tracks in the air and enjoy crazy car driving & beauty of stunts in this stunt car 3d game. This extreme car driving would be an interesting and amazing vertical mega ramp tour for you in your life. There are many stunt cars and offroad cars to give you a better road crash experience in this Extreme GT Racing Car Stunts. You can select any stunt car 3d according to your choice and perform impossible stunts on priate road and impossible air tracks. Speed up your hot car over the impossible tracks, avoid crashing or jump over the hurdles and reach the finish line as soon as possible. You can revive if you are unable to complete the challenging mission. As many hurdles you will pass, more stars you will get. Boost up your wheels to start mega stunts in fun race 3d game that is alike most entertaining and new rebel racing game. It is not a simple and easy crazy car driving game to perform ramps car stunts and driving roads in the air. You have to drive very carefully without a single mistake in the Extreme GT Racing Car Stunts game.

The real impossible track race allows you to boost your stunt car 3d for racing and car driving skills by providing you the most realistic racing fever, car driving simulation view. Jump and ride on amazing mid-air tracks and feel like a champion’s racer. Use the nitro boost to cross the difficult hurdles and obstacles in this car stunt game endless racing 2020. Perform the adrenaline fueled pump action to discover the more and more amazing features of this offroad car racing game. Now, Fly over the ramps and dust off the rusty containers with your stunts, don’t lose the control of your stunt car by leaving the nitro button. Make an expert to yourself to use a nitro button to play nitro nation car stunts game. Unlike other stunt car games, Extreme GT Racing Car Stunts give you the most adventurous ultimate car stunts race gameplay and realistic car racing simulation experience on the real impossible tracks in stunt game. So enjoy the endless impossible racing and beat the real race tracks to become the master of this stunt racing game.
Enjoy the Extreme GT Racing Car Stunts in the sky highs. If you are a fast speed racer and have a passion for car racing games then be ready to experience the car driving in the mid sky with no limits in this free stunts car 3d games. The impossible racing is a real challenging car racing, so fasten your seat belt before taking off and win this hot wheels car driving simulator. You will be addicted to this insane car racer game. Get ready to play the world no 1 extreme car driving. Play free games and enjoy#1 stunt car racing game in the most realistic manner of car game and insane impossible tracks simulator. Perform amazing ultimate car stunts by playing car stunt games 2020.