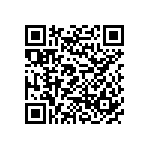 The newspaper was established as a weekly publication, The Killeen Herald, in June 1890 by W.E. Bennett, who sold it three years later. The paper changed hands several times in the decade that followed until Bennett bought it back in 1903. That year, Bennett bargained on the appeal of a daily newspaper, but the endeavor failed, and the paper was sold to J.T. Carter, who returned it to its weekly format. Carter remained the editor and publisher for 43 years. Meanwhile, shortly after selling the Herald, Bennett launched a semi-weekly newspaper known as the Killeen Messenger. A year after the Messenger was founded, Carter bought the operation and merged the two newspapers. The combined paper was called The Killeen Daily Herald and Messenger until it became a daily and was renamed the Killeen Daily Herald in 1953. That same year, Frank W. Mayborn, a communications pioneer, bought the Herald, guiding it through more than 30 years of social and technological change. In its 100+ years of existence, the Killeen Daily Herald has grown from a small weekly paper to a metropolitan daily with a daily circulation of about 20,000 and a Sunday circulation of about 26,000.
Daily Herald APK Version History