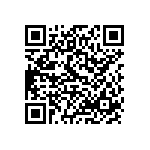 First of all the game is an arcade with warplanes in which the AERIAL BATTLES are the priority. If you like warplanes, in this game you will find different types of aircraft.• SECOND WORLD WAR.We are in the middle of the MILITARY CONFLICT in the year 1942. The BIG POTENTIALS of the world are faced in two camps: the ALLIES and the AXIS POWERS. Help in the victory of the allies against the enemies.• COMBAT AIRCRAFT.In this video game you can choose from a variety of World War II aircraft. As a combat aircraft game, you will have to complete missions, destroy enemies, collect coins, collect powerups, improve planes and eliminate final bosses. Available large number of aircraft such as Bf 109, P-51, Spitfire, F4U, A6M, Ju 87, B-17, P-47, P-38, ...• GAMBLING.As an airplane pilot, you will have to fire missiles, use special abilities, dodge enemy attacks, perform stunts, take off at high speed, throw bombs, use energy shield and land.• TRANSLATED TO VARIOUS LANGUAGES.The game is translated into English, Spanish, French, German, Italian, Portuguese, Brazilian, Turkish, Russian, Malay, Japanese, Chinese, Danish, Norwegian, Polish, Swedish, in Indonesian, in Arabic, in Korean, in Thai, in Indian and in Persian.• GAME THAT DOES NOT NEED INTERNET.Fortunately, an Internet connection is not required to play this game. You can play without worrying about the WIFI connection.• GAME THAT HAS LITTLE SPACE.Optimized for most phones and tablets.• TOTALLY FREE GAME.It does not contain purchases within the application and all content is available for free.Thanks for playing.Twitter : @arieshgsEmail : [email protected] : https://www.facebook.com/arieshgsGoogle Play Store : https://play.google.com/store/apps/developer?id=ArieshgsGoogle Plus : https://plus.google.com/+aries4gs
Aircraft Wargame 2 APK Version History